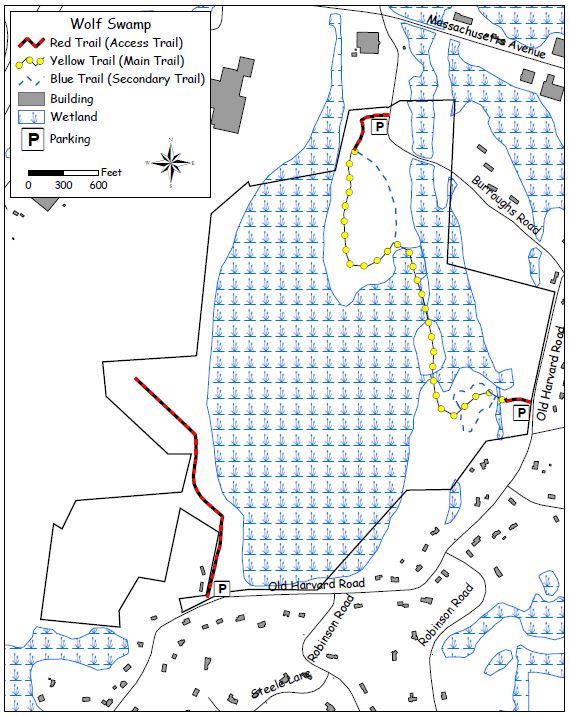 One of the largest areas of wetlands in Boxborough, Wolf Swamp provides habitat for an incredible variety of birds, mammals, reptiles and amphibians. Wolf Swamp is located at the headwaters of Beaver Brook and also sits atop one of the Town’s three major aquifers. Moose sightings are reported from time to time. Another noteworthy feature of Wolf Swamp is that it is home to a very abundant crop of blueberries.

Biting insects, such as mosquitoes and black flies, can be found in swarms near such a large wetland, so bug repellent is highly recommended during Spring and Summer months. Sections of the trails can be rather wet and muddy in Spring, and poison ivy is common off the trails.

Authorities on Boxborough’s history have said that the name "Wolf Swamp" was given by local Native Americans centuries ago, very likely because real wolves actually did live in that area of Boxborough in those times.